Thank you for your interest. We'll get back to you in the next 30 minutes.

After visiting the beautiful cities surrounding the capital city of Zagreb, we are taking you on a trip to discover a charming castle, a breathtaking nature park and finally, we present Opatija, an elegant tourism city with a rich history.

Situated 80 km north of Zagreb, Trakošćan Castle is a charming site to visit on a day trip. Its cultural heritage is protected as a historical entity, which consists of the castle, the accompanying building, and surrounding park and forest park with lake. Today the castle is one of the few facilities in Croatia with its own preserved constitution, historically closely related to the architectural framework and the life of its owners. Trakošćan was built in the late 13th century in the northwestern Croatian defence system as a small observation fortress for monitoring the route from Ptuj to the Bednja Valley. Rebuilding the castle was one of the first restoration projects in Croatia in the 19th century. 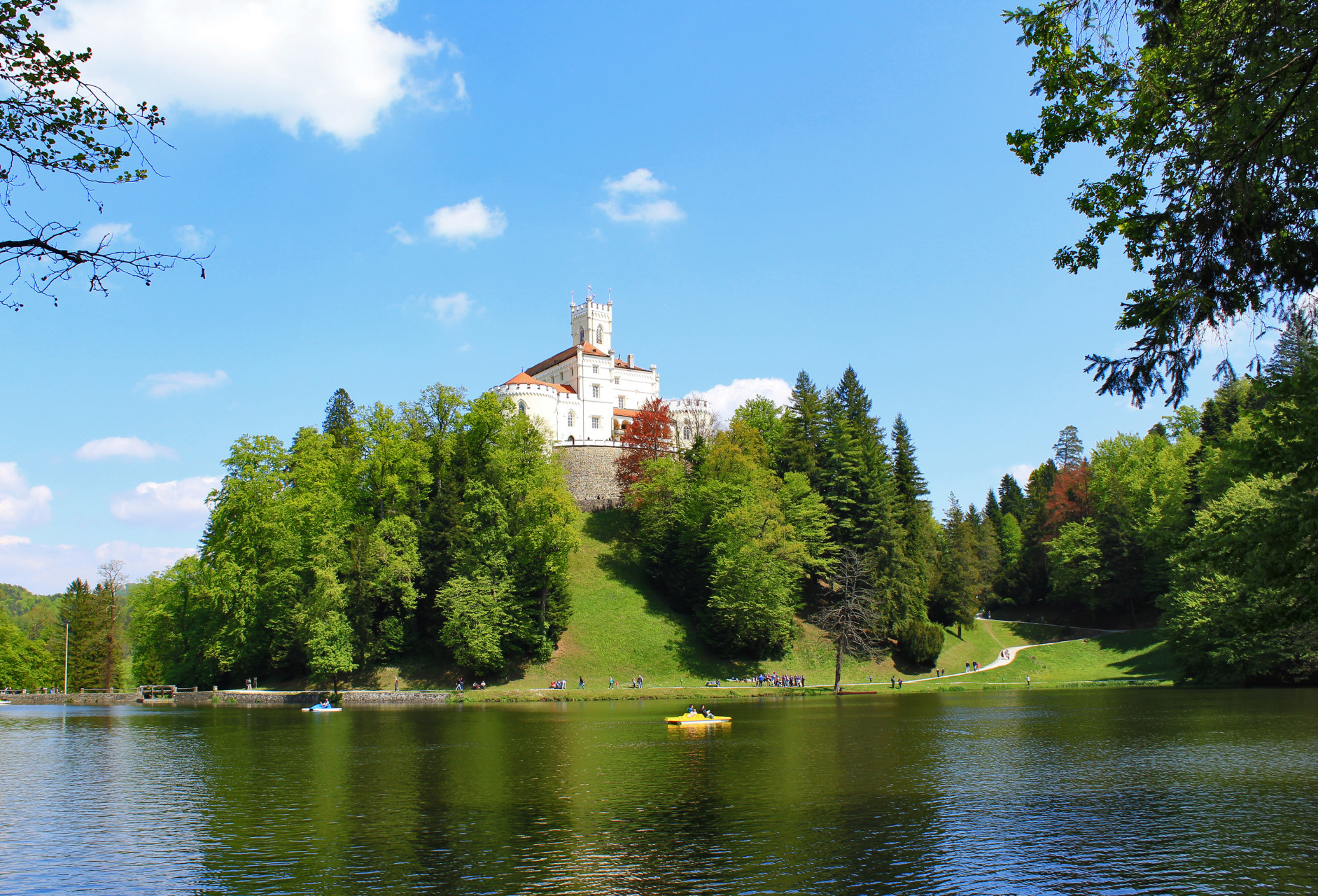 The permanent exhibition presents the life of the Croatian nobility throughout the history of Trakošćan and Drašković families (owners of the castle for nearly 400 years). The artefacts date from the 15th to 19th century and are housed in different areas to make up the whole interior. The exhibition covers all areas of the castle, representing the housing conditions to technology.he castle consists of four levels: lower and upper ground, and the first and second floor.

Trakošćan Castle and its beautiful park and forest are just as breathtaking in summer as they are in winter when covered with snow.
Find out more about opening hours and prices: opening hours & prices

Plitvice Lakes is the oldest and largest national park in the Republic of Croatia. The park is situated in the mountainous region of Croatia, between the Mala Kapela mountain range to the west and northwest, and the Lička Plješivica mountain range to the southeast. With its exceptional natural beauty, this area has always attracted nature lovers, and was proclaimed Croatia’s first national park in 1949. 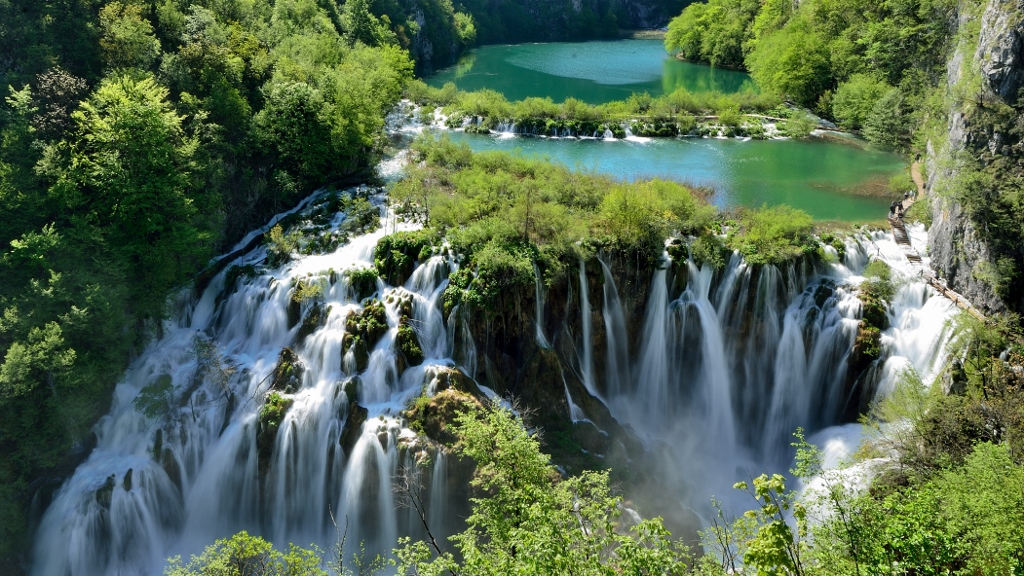 The process of tufa formation, which results in the building of the tufa, or travertine, barriers and the creation of the lakes, is an outstanding universal value, for which the Plitvice Lakes were internationally recognised in 1979 with their inscription onto the UNESCO World Heritage List.

The park is primarily covered in forest vegetation, with smaller areas under grasslands. The most attractive part of the park – the lakes – cover just under 1% of the total park area.
The lake system is comprised of 16 named and several smaller unnamed lakes, cascading one into the next. Due to the geological substrate and characteristic hydrogeological conditions, the lake system has been divided into the Upper and Lower lakes.

Plitvice Lakes National Park offers visitors seven different routes to tour the lake system, and four hiking trails. The park is open to visitors year round. Check out this virtual walk around the Plitvice Lakes and find out why it attracts so many tourists every year.
Virtual walk

If you are thinking about visiting the Croatian coast during spring or summer, we highly recommend Opatija. It is a city with a rich history and vast cultural presence, elegance and amazing Adriatic Sea views - all essentials for a truly memorable holiday. The city's ideal setting – surrounded by the sea on one side and the lush plant life of nearby Učka Mountain on the other – makes Opatija a desirable destination in Europe.

Opatija's modern history began over 160 years ago. Thanks to its mild climate and prime location, the city quickly became a gathering spot for the elite, especially for the Austro-Hungarian nobility, which included Emperor Franz Joseph I, one of Opatija's most famous guests. In 1884, Hotel Kvarner was the first hotel constructed along the Adriatic coastline. Over the years, the building of hotels and villas continued as the demand for lodging in the seafront city increased. Opatija had become a fashionable retreat.

The close proximity to the sea and mountains provides countless options for activities and entertainment for visitors of all ages. Opatija has always been known as a wellness destination. Some of the top revitalizing wellness and spa centres in the region can be found here. Add in the coastal promenade Lungomare, clean beaches, green parks, fine dining and the cultural aspect, and you get a city packed with enjoyable and entertaining options.

Still wondering why you should visit Opatija? Check this list and pack your bags!

View our location
We use cookies that help us give you the best experience of our site. If you continue to use this website, we assume you are agreeing to our use of cookies. Speaking of cookies, as dentists we feel obligated to remind you to brush your teeth regularly after consuming cookies and other sweets. Agree